It’s been kind of a crazy roller coaster the last few days, including having to order an unplanned new fridge Sunday morning. We weren’t expecting them to be able to deliver it so quickly (TODAY) so sunday was spent in a frantic bit of moving the old fridge and furniture to make it easier to get it out and the new one in, and also clean in the corner the fridge calls home. So and right now the Project Room (and my back and my brain!) are in utter chaos, and I probably won’t record a video this week. However, I can update you on the Memorial Quilt for my friend DeAnn. I finished piecing the top, but the 12″ solid pink squares just really bug me, being so big and empty, so I decided to do some hand embroidery in them. Nothing super fancy, just some lyrics from a song by her all time favorite artist that also seems appropriate for what this quilt represents.

That’s what’s up here in Burque* 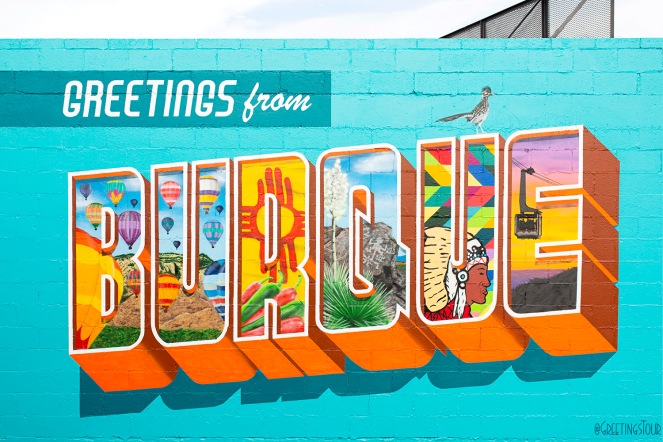 *Burque: Slang/abbreviation for the city of Albuquerque, New Mexico, USA. Thought to have originated from the original spelling of the city “Alburquerque”, which was named for the city in Spain. Pronounced Boor-keh

9 thoughts on “No video this week (probably)”

Welcome to Talk to Me Tuesday (TTMT)!

We are a group of online crafty types who share show & tell via YouTube videos. Our community began at ttmt.livejournal.com in 2009.